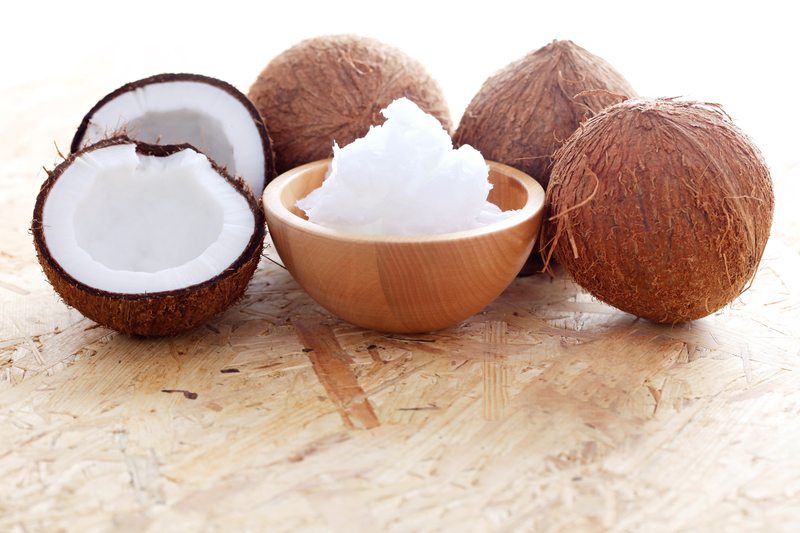 Coconut oil is a rich source of medium-chain fatty acids (MCFAs). Its health benefits are touted by devotees of the ketogenic and Paleo diets.

Increasingly, scientists are researching the benefits of coconut oil to find out if adding it to our daily diets can help improve our health. The good news is that there is reason to believe that at least some of the claims people make about coconut oil are backed by science.

One of the most common claims we hear about coconut oil is that eating it helps people lose weight. It seems counterintuitive since many of us have grown up hearing that a high-fat diet is not healthy.

A review of thirteen studies of the effects of coconut oil consumption on body weight found reason to believe that eating coconut oil can lead to:

The last point is important because carrying weight in the middle of the body is a risk factor for heart disease.

Bacterial infections can be harmful and even fatal if left untreated. There’s research to suggest that coconut oil may act as an anti-bacterial agent in some cases due to its lauric acid content.

A study in the Journal of Bacteriology found that coconut oil in its digested form, glycerol monolaurate, had an inhibitory effect on the growth of Staphylococcus aureus, a dangerous type of bacteria.

On a related note, a study in Nigeria found that coconut oil had a similar effect on Candida albicans, the fungus that causes yeast infections.

The effect of coconut oil on Candida is especially encouraging, as in recent years scientists have identified varieties that are resistant to treatment with antifungal drugs.

There are two kinds of cholesterol. LDL is the harmful kind, and having too much of it can increase your risk of heart disease. HDL cholesterol is so-called “good” cholesterol, and it can be dangerous not to have enough of it.

Much of the fat in coconut oil is saturated fat, but unlike saturated fat from animals, it can be healthy to eat. In fact, there’s evidence to suggest that adding coconut oil to your diet might increase your HDL cholesterol.

A later study looked at the effects of coconut oil consumption on people with a history of coronary artery disease. It found that the group of people who took coconut oil had higher HDL levels than the group who did not.

Coconut oil has a light, pleasing odor, and some people swear by it as a moisturizer. It turns out that scientific research shows that it does have protective benefits, and may even relieve certain skin conditions.

Xerosis is a skin condition that causes dryness and itching. One study compared coconut oil and mineral oil and found that both were effective at helping the skin retain moisture.

Another study found that coconut oil was superior to mineral oil at improving the skin condition of patients with atopic dermatitis, a disease that causes the skin to lose moisture. Applying coconut oil moisturizes and protects the skin.

As a bonus, coconut oil also appears to have some ability to protect the skin from sun damage, although it’s not a substitute for sunscreen.

The health benefits of consuming coconut oil and using it topically are clear. While more research is required, adding coconut oil to your diet can help you lose body fat, increase your HDL cholesterol, prevent bacterial infections, and improve the quality of your skin.