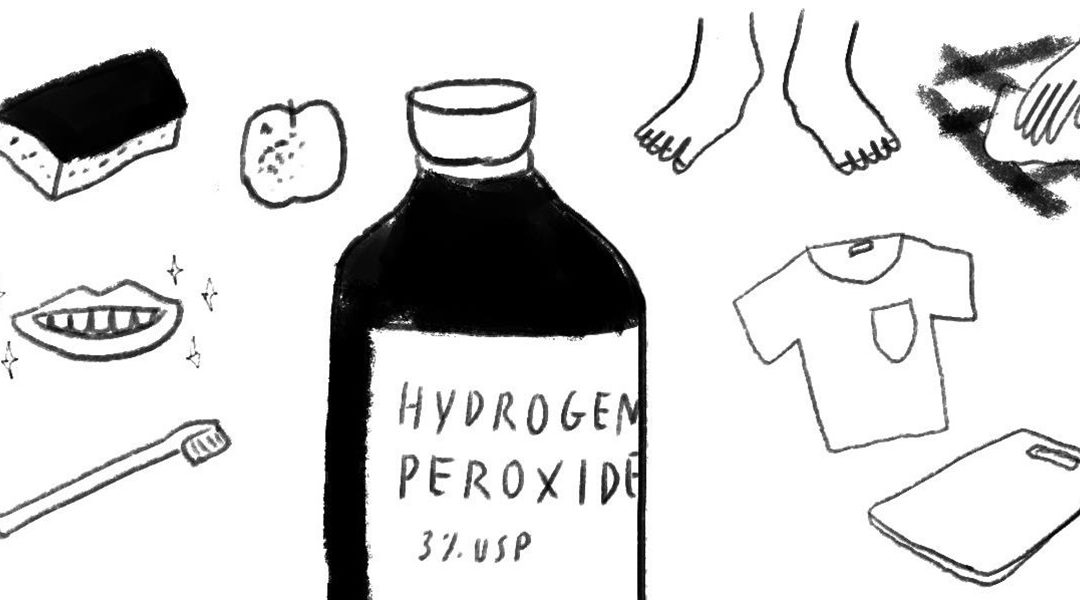 *Please use food-grade HP when trying any of these

There’s a bottle in your house that cost less than a dollar that can replace a lot of expensive cleaners, health, and beauty supplies.

Hydrogen Peroxide is one of the most over looked solutions to many things.

Here's 11 uses for Hydrogen Peroxide that you may not have considered:

Simply mix Hydrogen Peroxide (H202) and Baking Soda in a 2:1 ratio (ex: two teaspoons of H202 and 1 teaspoon of Baking Soda). Mix until it’s smooth, put it on your toothbrush and brush your teeth.

Swish some around in your mouth and spit it out like you would any other mouthwash. If 3% is too strong for you, dilute it with some water.

Add 2 tablespoons in 1 quart of water and spray on your plants. It’s a terrific fertilizer, will help sick plants get better, and even help prevent mold and fungus from growing.

Put 3 drops of Hydrogen Peroxide in your ear for about 10 minutes as soon as you notice the symptoms of a cold or flu. When you’re done, tip out the H202 onto a napkin or paper towel.

It should knock it out within 12-14 hours. Approximate success rate: 80%

Put 4-6 drops in each ear for about 10 minutes to help get rid of ear infections.

Put Hydrogen Peroxide in a spray bottle and spray directly on tiles. Allow it to sit for a few minutes, then wipe dry. It’ll remove stains and will even clean the grout between the tiles.

Toss about a half cup of Hydrogen Peroxide in your toilet to remove stains. Any stains above the water line will have to be brushed out.

You’re not supposed to use soap on wood cutting boards, so what should you do? Grab your spray bottle and spray it with Hydrogen Peroxide after rinsing off the surface to remove any remaining meat or produce.

Simply spray it on mold and it’ll help clear it up.

What’s the most common problem with humidifiers? Mold. Just add a ¼ cup of Hydrogen Peroxide to help prevent mold from taking over your humidifier (and making you sick).

Hydrogen Peroxide works well as a bleach alternative. Just add a ½ cup with your regular detergent. It will bleach colors, so please, only use it with your whites.

The best part about Hydrogen Peroxide is that it’s safe. It’s made up of two elements you’ll in just about everything in the world – hydrogen and water. It is also far less toxic and less colorful than conventional kitchen cleaners. Use it often and use it well.

Scientists Say This One Superfood Could Reduce The Effects of Aging