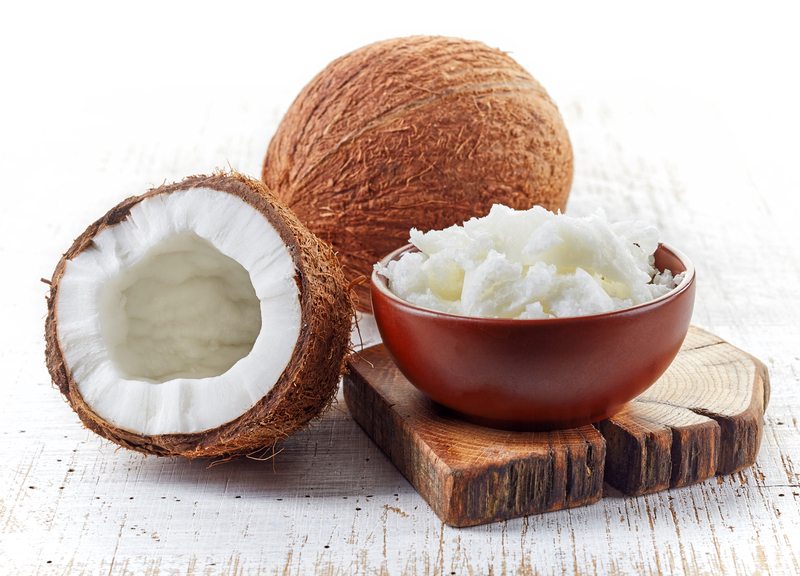 Anytime someone talks about foods that heal, it is generally taken with a grain of salt. Healing, in the collective mind of society, is usually reserved for medications, as no food can be calmed as a cure for anything. Very few foods are actually considered healing foods for this very reason. It just so happens that coconut oil is indeed one of the rare true foods backed by research that heal the body.

Nearly 50% of the healing power found in coconut is a fatty acid called lauric acid. When digested and broken down by the body, this lauric acid turns into a bacteria-killing machine called monolaurin. With both monolaurin and lauric acid side by side, harmful pathogens like virus and fungi are killed before they are able to multiply. There is no food with these similar properties known in the world of nutrition, which is why coconut oil is touted as one of the world’s few true superfoods.

Among people suffering from Alzheimer’s, the naturally occurring medium chain fatty acids found in coconut oil has been shown to supply the brain of these patients with an alternative source of energy. One of the trademark symptoms of Alzheimer’s is the inability of the brain to create glucose for energy. With supplementation of coconut oil, which when digested by the body create a source of energy called ketones, patients suffering from Alzheimer’s saw improvements in brain function. This is a huge discovery as there is yet to be an effective medical remedy for Alzheimer’s to date.

Contrary to popular belief, saturated fat has been shown to actually increase good cholesterol levels (known as HDL) and convert bad cholesterol (known as LDL), into HDL. Coconut and the oil it produces has one of the highest concentrations of saturated fat in the world, let alone a plant food. Being that is also a plant source, the risk of contamination due to poor farming practices is reduced (this ability to withstand contamination also has to do that coconut are housed in a rock hard shell). This idea that saturated fat is actually good, if not great for you, is still slow to be widely accepted in the mainstream media. Considering the way public has been told for the last 60 years the exact opposite, this hesitation is understandable. Still, with each new study done, the numbers don’t lie. Coconut oil improves otherwise bad cholesterol and even converts bad cholesterol into good cholesterol. Starting to see the healing power of coconut oil now?

As mentioned before, the lauric acid found in coconut oil is a powerhouse fatty acid. These benefits carry over into immune boosting properties as well. Many of the chronic diseases associated with poor health today are caused by bad bacteria in the gut, a symptom of a diet high in processed junk foods. In studies done on coconut oil and its bacteria-killing attributes, subjects were found to have an improvement in gut bacteria after days of consuming coconut oil in addition to their normal diet. No food on earth has been shown, thus far, to have such gut healing powers as coconut oil.

At this point, it is pretty hard to argue that coconut oil is not a miracle of nature. It has been shown to improve patients with Alzheimer’s, a disease with little hope of a cure. It has been shown to kill the very bacteria that leads people to get sinus infections. It has even been shown to reserve the effects of bad cholesterol, converting the bad form into the good form. While cure might be a strong word to use for any food, coconut oil is the closest thing we have to “miracle food.”