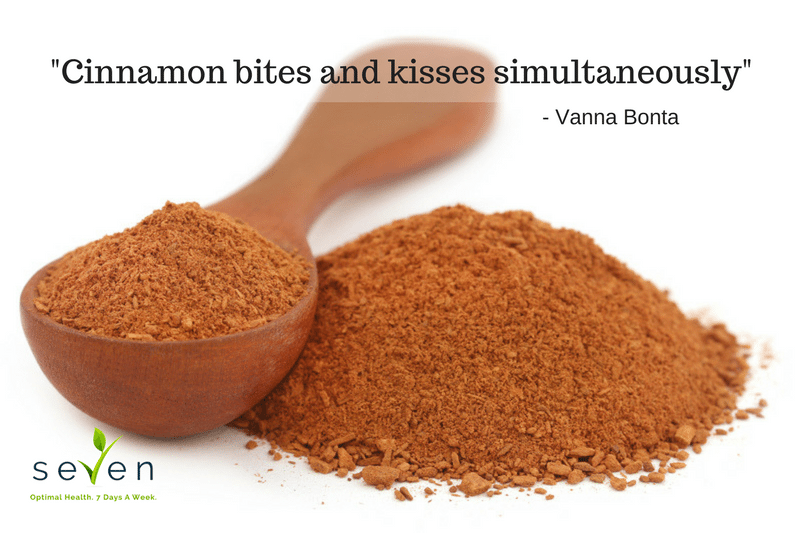 Cinnamon is a sweet, warm spice that’s often used in baked goods and savory dishes. However, it has significant health benefits too.

Two of the best-documented characteristics of cinnamon is its ability to combat inflammation and its effect on blood sugar levels.

Inflammation is part of your body’s natural immune response. When it is well-regulated and temporary, it serves an important purpose in helping your body combat infections and heals wounds.

However, in some people, chronic inflammation is a problem. It’s a culprit in many auto-immune diseases, including rheumatoid arthritis and Crohn’s disease. Finding ways to combat it and quiet the body’s inflammatory response is necessary to help people with these conditions.

Cinnamon may be part of the solution. There’s a great deal of research into the anti-inflammatory properties of cinnamon.

For example, one study found that cinnamon acted as a suppressant for inflammatory cells known as cytokines. It also inhibited the release of other contributors to inflammation.

Cinnamon is sometimes touted as a treatment for gastric inflammation. A 2015 study found that cinnamon had a positive effect on certain gastrointestinal disorders. Specifically, it looked at the way that cinnamon interacted with H. pylori, a type of bacteria found in most people. It can be harmless, but in some people, H. pylori cause ulcers.

The takeaway here is that there is ample evidence to support the idea that cinnamon supplementation can help combat systemic and chronic inflammation.

Note: Most cinnamon you find in the spice aisle of your local store is Cassia Cinnamon, but Ceylon Cinnamon carries the most health benefits.  Try Organic Ceylon Cinnamon Complex 1000 for maximum benefits.

Sometimes, health claims are made about supplements and there’s no evidence to back them up. That’s not the case with cinnamon and the effect it has on blood sugar.

One study looked at the effects of cinnamon supplementation on people with Type 2 diabetes. 60 study subjects were given one, three, or six grams of cinnamon per day for 40 days, followed by a 20-day washout period. The three control groups were given placebo capsules that simulated the dosages of the study groups.

The results were impressive. The study subjects experienced a reduction in the serum glucose (blood sugar) levels and decreased insulin resistance. They also had lower cholesterol and triglyceride levels than the control groups.

Another study looked at patients with diabetes, metabolic syndrome, or polycystic ovary syndrome. It found that cinnamon reduced blood sugar levels and improved insulin sensitivity for all three groups.

A 2015 study using mice gave study subjects cinnamaldehyde, the compound that gives cinnamon its distinctive flavor. It found that supplementation with cinnamaldehyde did all of the following:

It also reduced gastric emptying time and food intake. These are all promising developments, and they clearly indicate that cinnamon can play a role in lowering your blood sugar and improving your body’s sensitivity to insulin.

Cinnamon supplementation is something that merits additional research. Studies such as the ones cited in this article show that taking cinnamon or its primary compound, cinnamaldehyde, can help regulate blood sugar, improve insulin sensitivity, and combat chronic inflammation and the symptoms associated with it.